The Hardest Part of Creation: Un-creation?! 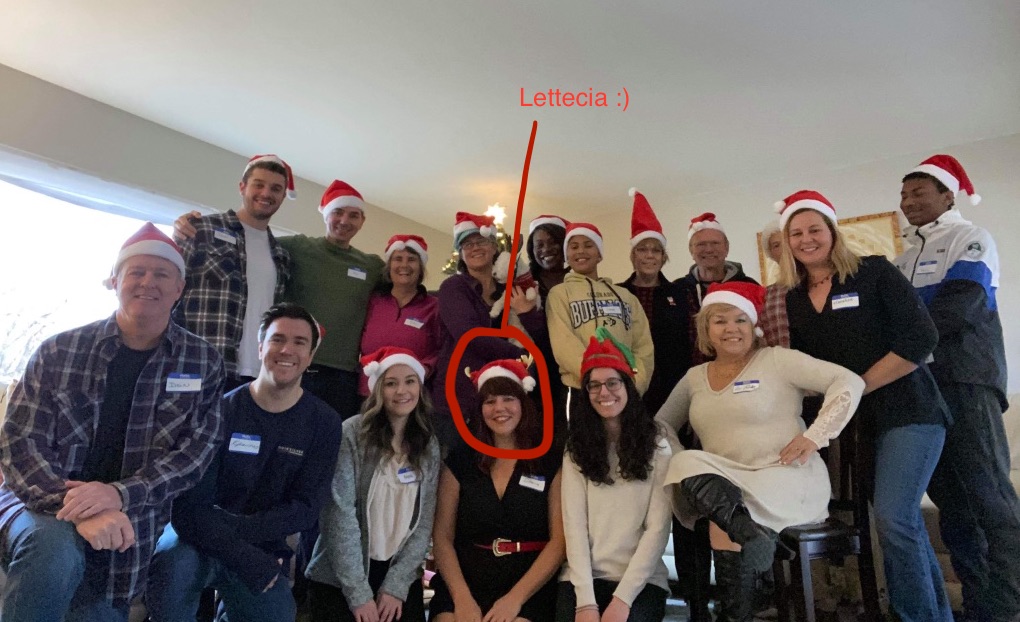 Every year I like to pause and complete the current year so that I can go into the following one present to what I have accomplished, what I want to let go of, and where I want to go next. I review my calendar, celebrate accomplishments, let go of disappointments, and set new intentions. I used to just create New Year’s Resolutions that never worked. I’ve realized that this is because I was trying to create on top of a whole lot of things I needed to let go of first. In other words, completion is required in order to create something new or greater.

One of my biggest accomplishments this year is the enormous completion and creation process I went through in order to live in a home I truly love. Here’s how it went down:

In 2005, I got an incredible deal on a small house that we’ll call Navajo Street. It was the first home that was all my own, and I joyfully painted the walls in colors I adored and poured hours of love into the plants that were there, added a vegetable garden and even built a stone labyrinth walking path for meditation and spiritual rituals.

During the 8 years I lived there, I also went through some dark times. My home was broken into 3 times, my car was stolen, I went through a terrible relationship, and I started to have financial struggles.The neighborhood has improved drastically now, but I was ready for a change.

Then, a few years ago, my mom got very sick, my parents went through many changes, and we decided to turn the Navajo St. home into a larger home which could be theirs in future. While I still owned the home, they invested in the addition of a 2nd story, and I moved out and rented a lovely apartment nearby. This transition was a completion of a certain era, and a creation of a new one which lasted a few years. Soon, my grandma who was very ill came to live with mom and dad. The next important piece of the story is that way too soon, in 2016 mom suddenly had an aneurysm and passed away without warning, preceding her own elderly mom. This was while they were living at Navajo street.

This year, my lease was up, and I had to consider what I really wanted next. Circumstances required me to create something new for myself. Rents have skyrocketed in Denver, so I was clear I didn’t want to rent somewhere else. The obvious choice was to take advantage of the very low mortgage, central neighborhood, and yard I adored at the Navajo St. house. Dad and I shared a lot of equity in the house, so whatever was next was going to have to be a mutually beneficial decision.

I moved back in to Navajo St. and Dad and I started to consider the possibilities. We hired an architect to design a new addition: a larger living space, upgraded kitchen, (for me) and a studio apartment (for Dad.) This made a lot of financial sense. However, I kept having a niggling feeling, and dragged my feet on giving the go-ahead to begin the project. I had gone to a few Open Houses, and was inspired by what we would be able to afford—IF we let go of the Navajo St. house and invested in something new.

In the process, after much soul searching and many conversations, I realized that what I truly, most deeply desired was to have a clean slate and be in a new space. However, I hadn’t been willing to pull the trigger on that either, because it would mean I had to un-create so much first.

You see, I adored the yard and labyrinth at Navajo St. Also, the garage was full of stuff that mom had held onto when they moved from their large home in 2012, and boxes of mementos and unfinished business that belonged to myself, Dad, and my brother. The garage was also in disrepair, and getting the place up to a level where we could sell it for a good price seemed like it would be a long, hard, and expensive process. And mostly, it was the place where mom had last lived, and it was full of memories of her. Every time I cooked in that kitchen I thought of her. While I knew I craved something new, I wasn’t willing to let go of the current state and face what we would have to do in order to sell. 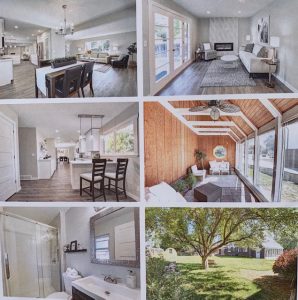 And then I toured the Key St. house. As soon as I saw a picture I felt it was different, and I was at the Open House within two hours. My body sang as I stepped into the sunroom, and I took deep breaths of peace and inspiration as I took in the light and spaciousness of the kitchen, living spaces, and huge yard. Now, I knew what I wanted. Now I was willing to choose, and to open my eyes and heart to deal with what I would have to let go.

It all happened very fast. We had to arrange a loan, empty the garage, repair and beautify the house, and take many other steps in a very condensed period of time. The process entailed a lot of physical and emotional work. We grieved, we cleaned, we laughed, and we gave great thanks as we un-created our past and current home and simultaneously created our new one. I first saw the Key St. house on October 20th, and in exactly 45 days, we had already been living there for one week when we gave away the keys to the new owners of Navajo St.

Here at Key St., I recently hosted a joyful friends and family Christmas dinner, which has been a dream of mine. And every day, I open up the blinds and let the sunshine into this large and beautiful space, clear and happy to be in a new environment and new phase. My attention now turns to creation of the new, like how to adorn the space, and what I would like to create next in my businesses and social life.

As I begin 2020, I take with me the knowledge when I am aware of a new possibility, something I’d like to create or have or become, I need to take a look at what I would need to un-create in order to bring this new possibility into reality. In addition to clarifying what I desire, and choosing what is next, I must take a good look at what I would have to let go of, stop avoiding, what work I would have to do to un-create.

I’ve learned that un-creation is a requirement of, and a powerful tool for creation!