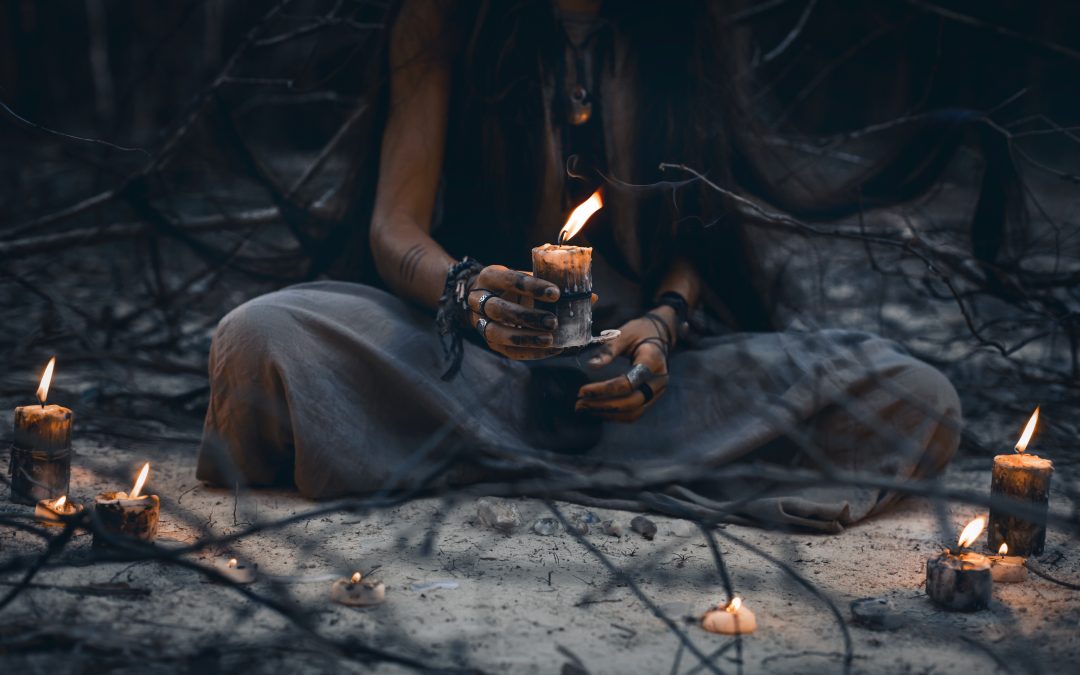 When someone mentions witches, what’s the first thing you think of? Wart-covered faced women, flying around on broomsticks? Bubbling cauldrons? Spooky sacrifices? One thing that comes to my mind is: rituals. But more like the dancing-around-a-firepit, chanting-witchy-spells, kind of rituals–like an elaborate religious ceremony, so to speak. Which got me questioning, what exactly is a ritual? I decided to investigate.

Turns out, as with most of the English dictionary, there are many definitions. And, to my surprise, it’s not uncommon that many of us practice our own rituals daily (or are capable of starting some), no matter how small.

As I began browsing the internet, I saw that while the word is used to refer to religious ceremony, it is also related to a series of actions or behaviors regularly followed. The word first came about in 1570 and, by the 1600’s, was used as “the prescribed order of performing religious services” or, more particularly, a book of these prescriptions.

My favorite bit about this word “ritual” is from a wikipedia entry: “The original concept of rituals may be related to the Sanskrit ṛtá (“visible order)” in Vedic religion, ‘the lawful and regular order of the normal, and therefore proper, natural and true structure of cosmic, worldly, human and ritual events.’”

Words that stick out to me here are “order” and “structure.” I think this idea of something being structured is a big differentiator between rituals and habits–two concepts often confused. Think of a ritual as a series of habits; an all encompassing event or activity we do for ourselves, our lives, or others that have a purpose or intention.

We all have a handful of habits we do without much thinking: brushing our teeth day and night, drinking water, bathing, feeding our pets and ourselves. But when we combine a set of habits together, repeat them deliberately with purpose and intention, we then create our own rituals.

I have spent most of my life “bucking the system,” as it were. I do not think of myself as a creature of habit. In fact, to me, being a creature of habit seems like a scary sign of getting old. So, having rituals is not something I would have thought to look for or seek in my life. But as I researched the word more and began to understand the difference between habits and rituals, I began to see my life is FULL of them!

I found instances of little rituals all over the place–any of my routines, really, could be defined as a ritual. Things like my Juara skin care routine, which happens to be called “The Skincare Ritual.” A goddess routine, FOR SURE!

And another: my routine of taking my hormones and supplements (which there are many). A while ago, I decided I had to add some organization–and beauty–in the process, so I collected beautiful, hand-painted dishes to keep my days supply in. I noticed when I added this bit, I was WAY more likely to follow the routine. Now, taking my hormones and supplements has become my own ritual!

When I add something like the beautiful little dishes to my routine, this then-habit began to take on an important and special place in my daily activity; not to mention, it became a joyful activity versus a chore. Same with my skincare, my bedtime routine, my slow moving mornings of meditation and my favorite tea. All rounded out by watching comedic takes on the news by my favorite late night hosts from the night before.

So, what if we didn’t reserve “ritual” for special holidays or occasions, but brought the mood of ritual or ceremony to our simple daily activities? For me, adding that mood and bringing the beauty of ritual to my daily routines has brought joy to the mundane and beauty and intention to the act of living.

I would assert that the goddess in us needs these simple moments of pleasure, of beauty, of time for ourselves to enjoy the experience of being alive. The feminine is the source of life, so maybe we can use rituals to expand our awareness of who we are and our role as life-givers. Begin by creating your self-care routines as the rituals that feed and nourish YOU! Only then do we have the energy and wisdom to nourish those we love.